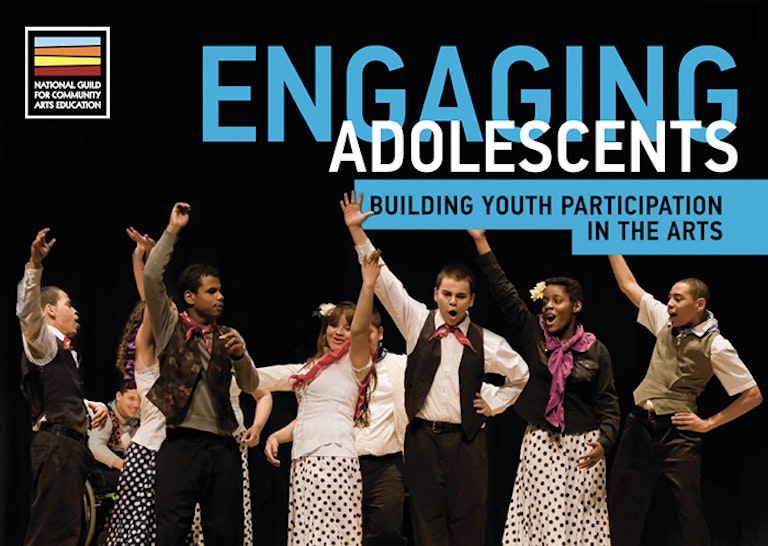 This post is the third in culture365’s youth/student blog series.

Where do arts and culture figure on the Canadian public’s priorities list?

Pretty high, if a recent survey on Arts and Heritage in Canada: Access and Availability 2012, commissioned by the Department of Canadian Heritage, is anything to go by. Two-thirds of about 1,000 Canadians surveyed said that they think that arts and cultural events play a significant role in their own and their families’ quality of life, and a whopping 92% said that they feel that arts and culture make communities better places to live. Are these feelings based in fact? It seems so: a 2010 survey on The Arts and Individual Well-Being in Canada funded by the Department of Canadian Heritage, the Canada Council for the Arts and the Ontario Arts Council suggests links between different types of arts events and personal health/community engagement. For instance:

How do youth/students fit into the arts/culture scene and its benefits?

Like a glove! Youth reap the benefits of artistic engagement like no one else. Want proof? In 2006, researchers from McGill University, McMaster University, and the University of South Florida published Effects of a Structured Arts Program on the Psychosocial Functioning of Youth from Low-Income Communities, a report on the National Art & Youth Demonstration Project (NAYDP). The NAYDP involved implementing youth arts programs at five Canadian sites, targeting youth from low-income communities. According to the report, by the end of the programs, improvements in the participating youth’s artistic and social skills had been observed, and a significant decrease in emotional problems among participants had been reported.

The National Endowment for the Arts’ 2012 report on The Arts and Achievement in At-Risk Youth focused on education rather than psychosocial well-being, but results were equally encouraging: the report found that students who had “arts-rich experiences” while in high school were more likely to enroll in a four-year college than those who did not. The impact of arts was especially significant for “at-risk” (of lower socioeconomic status) youth: students in that category with “intensive arts experiences” in high school were a full three times more likely to complete a bachelor’s degree than their at-risk classmates without those experiences, and they were also more likely to get A’s in college. And again, a link between the arts and personal contribution to the larger community/society: in both low-socioeconomic status groups and high-socioeconomic status groups studied, youth with “arts-rich experiences” in high school were more likely to have volunteered in the past two years than those without.

While concrete cause-and-effect connections can’t be drawn from these reports, these links between arts experiences and social engagement and higher educational achievement in youth seem to pop up consistently, and across continental borders. Arts Council England’s Summer Arts Colleges 2009: Final Outcomes Report, for instance, recorded the progress of youth offenders in England and Wales who participated in an intensive five-week program that used an arts-based curriculum (into which literacy and numeracy elements were integrated) to reconnect them with their education. Rates of offending dropped significantly during the program, and of around 240 youth who completed the program and were assessed before and after, 70% increased their literacy score and 70% increased their numeracy score after completion.

Not only does such educational achievement mean a brighter, more secure future for many young adults, it may also mean a better future for the arts and cultural sector. A 2011-2013 study on the performing arts in Canada commissioned by the Canadian Arts Presenting Association (CAPACOA), The Value of Presenting, reported that university graduates are more likely to frequently attend live performing arts performances than those with less educational background. 37% of university graduates attended a performance as many as 5 times or more a year, as compared to 21% of college graduates and a mere 11% of high school graduates. Basically – if you’ll forgive some oversimplification - it looks as if there may be a connection between greater arts participation in youth and staying in school longer, and then later a connection between having been in school longer and increased arts participation as an adult.

What does it all mean?

Well, what it sounds like to me is a win-win situation. Also, incentive for every arts or cultural organization/event/advocate out there to get youth involved! Get youth hooked on art and they’ll maintain that engagement as they grow. It’s the gift that keeps on giving – both ways, since it’s not just youth/students who benefit; as shown above, it’s clear that a strong arts and cultural sector is important to Canadians more generally, as well as linked to their personal and communal well-being. Here are a few ways to start bringing in the younger generation:

-Use social media and the Web. The 2012 Fact Guide from Ipsos Reid’s Ipsos Canadian inter@ctive Reid Report states that 24% of Canadian teens spend on average 3 hours a day online and 69% visit social networks. Not sure where to start? Check out this Culture Days tipsheet on promoting yourself on social media.

-Youth/students do want to get involved, so offer them something they can work with. While a respectable 63% of the “millennials” (20-35-year-olds) surveyed in the American 2012 Millennial Impact Report by Achieve and Johnson, Grossnickle and Associates (JGA) said they volunteered for a non-profit in 2011, more could be persuaded to do so with the right invitation: 48% said they want to volunteer in some capacity that makes use of their background knowledge and experience. Through clubs and hobbies, youth these days often gain expertise in areas such as writing, event organization, graphic design, advertising, etc; look over your young volunteers’ CVs and assign them tasks accordingly.

-Get informed. Take a look for yourself at the reports I’ve been referring to and linking to throughout this post – you’re sure to learn something new and applicable about arts/culture and youth. Here are a few additional resources I recommend: