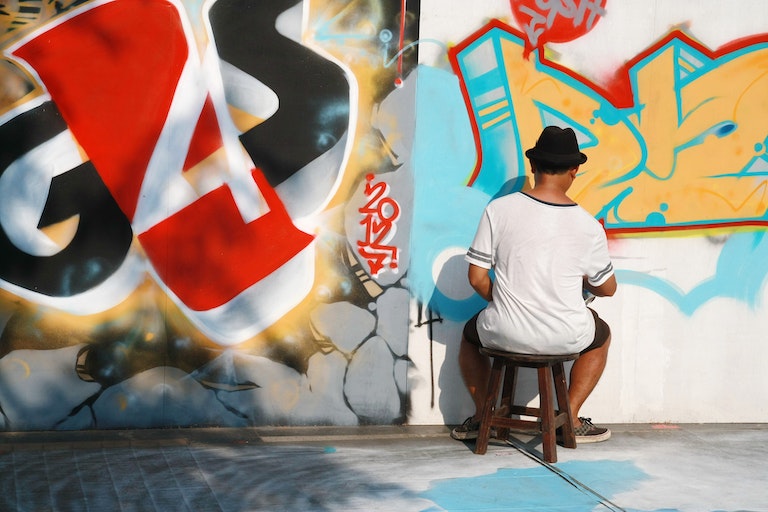 This is the third contribution from Paul Byron, an artist, art therapist, and educator based out of Toronto. He will be sharing his stories, and highlights pertaining to the arts and cultural sector. To read more of Paul’s work, head to his personal blog, The Y/X-change.

A lot of artists and art students I’ve encountered over the course of time have had fairly strong feelings against learning art history – not so much because it’s boring and academic (although this is often also true of cases), but more compellingly, out of some fear that in connecting with the work of artists from the past, some sort of contamination would occur that would reduce their creativity.

I’m slightly biased here in the argument I’m about to make that art history is, in point of fact, awesome. After my studio B.A. I had so many art history credits that in only one more year, I was able to earn another undergraduate degree in the subject. I went on from there to do a Masters in the same, and even had the notion of moving on to a PhD. There were SO many ideas and images to engage with through this field of study and no matter how ancient, they were all new to me! My work was certainly shaped by the handful of artists I came to know and love this way, and even through my interaction with the field of AH more generally. Whether or not this contaminated me, of course, depends on the model you use to understand the concept of influence.

From a certain perspective, you are being influenced all the time, with everything you come into contact with. There’s no way around it. Luckily, your attitude to information is what determines its meaning, and you are fully free to discard what you feel is irrelevant.

To discard a whole field of study as irrelevant, however, is to deny yourself the ability to make finer choices within it. And to turn your back on the entire tradition that connects to your profession, well…there are few things more traditional you could do!!! Artists have been defiantly turning their backs on art history for generations – but there is purpose in the moves they make: one group emerges out of reaction and rejection of some other group or contemporary trend, with the idea to bring forth something newly meaningful vis-a-vis that specific context. You might say that most art movements are founded on this sort of denial. Understanding one’s position in this larger game can only help to focus your sassy rhetoric, making it even more effective in the timeless quest to buck authority.

As far as differentiating yourself, it helps to know who’s already done what you’re planning on doing, too. Lots of artists – lots and LOTS of artists – have already pondered, figured out, and executed puzzles and ideas the like of what’s in your head. I guarantee it! The result is a ton of work kicking around that looks or feels just like yours. If you are staunchly against acquiring these references, in exhibiting your work you are inevitably going to run up against people who have them already that will claim that your stuff is just like so-and-so’s…which may be a compliment, or not. Knowing that your paintings look like Pollock knock-offs, you might still choose to go on making them, and do something cool and original with that fact, as a form of commentary. Who knows.

Creativity thrives the more it is fed. That’s just generally true. The fear of corrupting one’s innate creativity presumes that one can remain original without having to grow. If you find yourself in this position you might try asking yourself where such resistance to the outside world comes from. Chances are, addressing this will open a few doors and usher in an increased creative flow.

While I’m talking here about “art history”, there are all kinds of other things we shun with the same underlying motives, i.e. to preserve some conjectured state of inner purity. Without dipping into postmodern theory, which has a lot to say on this issue, it’s enough to note that identity is always a web of interdependent qualities. We rely on each other for many things, and there’s nothing impure about reaching out to get the resources we need. On the contrary, purity itself, if the term is helpful at all, might be appropriately thought of as a byproduct of acquiring resources which lead to our creative expansion.