In English / ​Live translation in French Co-hosted by the Royal Danish Library and the NAC Orchestra as part of the SPHERE Festival, Arctic Imagination is a not-to-be-missed speaker series pressing discussions on the transformation of the Arctic as the ice disappears — and the implications of climate change for geopolitics and human civilization as we know it. Speakers: Kelsey Leonard Dr. Kelsey Leonard is a water scientist, legal scholar, policy expert, writer, and enrolled citizen of the Shinnecock Nation. An Assistant Professor in the Faculty of Environment at the University of Waterloo, her research focuses on Indigenous water justice and its climatic, territorial, and governance underpinnings. Autumn Peltier Autumn Peltier is the Chief Water Commissioner for the Anishinabek Nation and an Indigenous Rights & Water activist whose journey for justice has made waves around the globe. Peltier captivated the world's attention at the age of 12 when she admonished Prime Minister Justin Trudeau, at an Assembly of First Nations event, for the choices he had made for her people and lack of support. She spoke her mind which led him to make her a promise, "I will protect the water." It's that promise to which she holds him accountable still today.

The National Arts Centre (NAC) is Canada’s bilingual, multi-disciplinary home for the performing arts. The NAC presents, creates, produces, and co-produces performing arts programming in various streams—the NAC Orchestra, Dance, English Theatre, French Theatre, Indigenous Theatre, and Popular Music and Variety—and nurtures the next generation of audiences and artists from across Canada. The NAC is located in the National Capital Region on the unceded territory of the Algonquin Anishinabeg Nation. 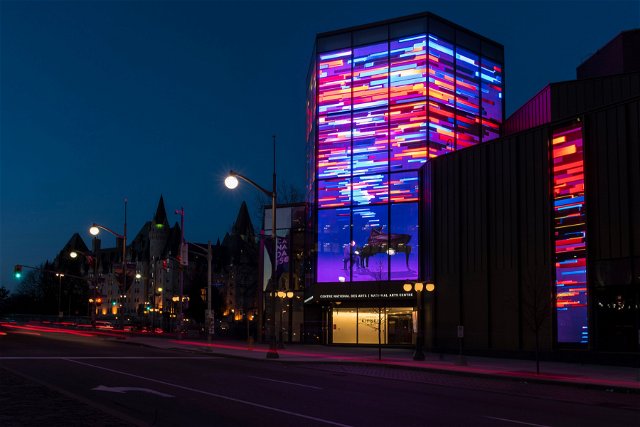 This event is wheelchair accessible, offers closed captioning or subtitles, and has gender-neutral washrooms.