As part of Culture Days 2022, Carleton University’s Book Arts Lab hosts 'Migration in Print,' an exhibition of print works by three members of the Ottawa-Gatineau Printmakers Connective. The exhibit will run from September 23rd to October 16th. The theme of migration is timely as political, economic, and social conditions, exacerbated by climate change, disrupt long-standing animal movements and force ever more people to flee their homes. Printmaking, a medium of multiples, has often been used to draw critical attention to political, social and environmental issues. This exhibition references that history in asking the viewer to consider both the current realities of migration and the role of printmaking in fostering social dialogue and action around contemporary issues.

The Ottawa-Gatineau Printmakers Connective is an artist collective founded in 2012 to foster and promote the knowledge and appreciation of hand-pulled prints and printmaking among its members and the public. The 40+ members include recreational, emerging, and established artists, among them several art teachers. The Connective has its home base at the City of Ottawa’s Nepean Creative Arts Centre in Bell’s Corners, where it maintains a gallery space and small printing studio. 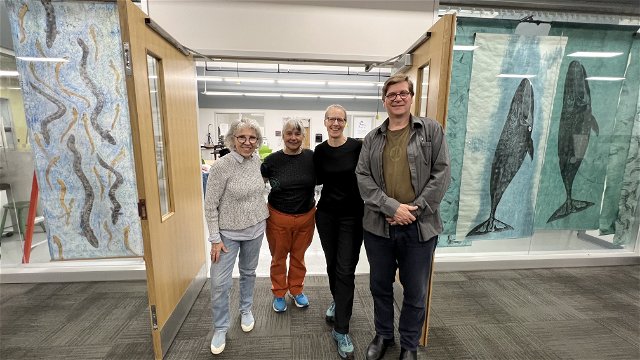 Members of the Ottawa-Gatineau Printmakers Connective Ottawa, ON

Members of the Ottawa-Gatineau Printmakers Connective (OGPC) offer a behind-the-scenes look at the complexities of printmaking to elucidate the importance of printmaking in contemporary arts. Working collectively on the theme of Migration,...