Surrey Civic Theatres responded to the pandemic by introducing the Digital Stage at the beginning of April. As part of our Culture Days celebration we will be sharing four of our favourites. We are pleased to present the Pat Chessell Trio at Glades Garden. This video premiered on June 3 as part of the Virtual Sounds of Summer. Pat Chessell, a Canada based singer and guitarist began his career as a teenager as a guest with Belfast singer Danny Burns of the legendary Irish group, The Wolfhound. Now in his mid-thirties, Chessell is known as one of the most exciting Celtic acts in Western Canada, playing the region’s top festivals, nightclubs, theatres, and special events. The singer and guitar-player performs more than 200 shows a year, either solo or with The Pat Chessell Band. Pat has played across Canada, throughout Upstate New York, and in his ancestral homeland of Ireland. He was a feature act in the Irish Pavilion at the 2010 Winter Olympics and has opened for such acts as Jim Byrnes, Delhi 2 Dublin, Derek Warfield and the Young Wolfe Tones, The Town Pants, and more. Chessell will be releasing his new album “The Road Not Taken”later in 2020.

Surrey Civic Theatres typically presents over 30 live shows a season in three venues. Once the pandemic hit the last four shows of the season had to be cancelled and a quick pivot to online presenting created the Digital Stage. VISION: Surrey Civic Theatres will provide unparalleled opportunities for diverse, transformative, performing arts experiences that inspire artistic expression, imagination and discovery. MISSION: Surrey Civic Theatres are a gathering place where artists, audience and our community connect and find inspiration. 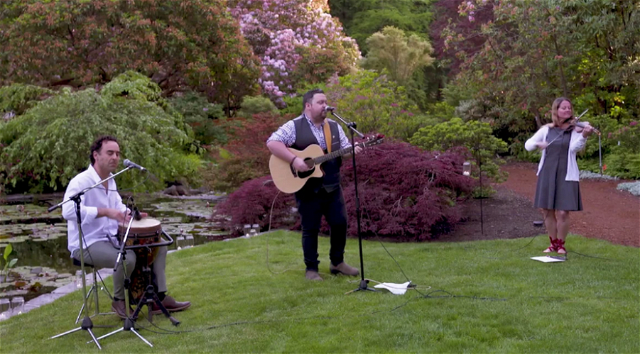 City of Surrey Surrey, BC

Six sections in the City of Surrey Culture division are participating in this year's Culture Days event. Surrey Civic Theatres, The Surrey Art Gallery, The Historic Stewart Farm, The Museum of Surrey, The Surrey Archives, and Special Event...

This event is wheelchair accessible, has gender-neutral washrooms, will have a sign language interpreter, and offers closed captioning or subtitles.