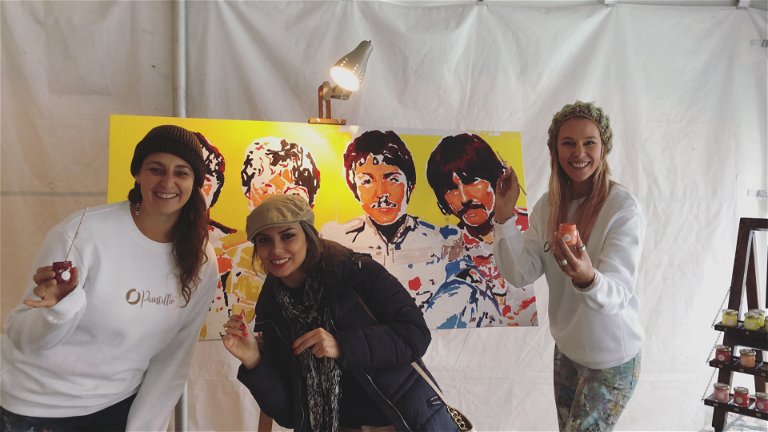 Sparking Creativity Across BC - Part 2

Creativity is vital for the health and wellness of a community. Art can bring people together, provoke discussion and make change. BC Culture Days chose ten local emerging artists to act as spokespeople and present activities for the tenth annual Culture Days weekend. Each ambassador has their own reasons for wanting to inspire creativity in their community.

Dia encourages young people to find out how they are connected to each other. “They have such potential and they’re at a stage where they see so many things around them, but they’re also starting to really become aware of themselves.” She creates an environment in which teens can explore self-expression, but can also look outside themselves and “realize they don’t live on this planet with just their own small unit.”

Using the African proverb Ubuntu, which means “I am because you are” or “Your life ties into my life” Dia wants to inspire teens to learn more about the region’s history and how they are each connected. By having them interact and collaborate, she hopes to “foster an interest, and if they become true friends, too, I think that’ll be really cool.”

She is focusing on youths whose stories aren’t often represented, like black and Indigenous teens. They will work with Dia and other artists to express themselves through singing, storytelling, and other art forms. They will combine their work into one cohesive story which will be performed during the Culture Days weekend.

Tiffany wants you to make art and have fun doing it. She leads social painting classes, guiding beginners through painting a landscape while enjoying coffee and snacks. Attendees can learn the basics of painting, but there’s also room for individual creativity. “I would show one version but I would also be giving suggestions for ways that people could put their own creative spin on the image.”

Previously, for the Vancouver Eastside Culture Crawl, she worked with an architect and local school kids on a collaborative art project that featured 1,000 balloons. People could write on a small tag on the balloon, then release it. The end result was a “sky of balloons” with dangling, tangled strings in an enclosed structure overhead, created by everyday people who embraced their inner artist.

Tiffany brings people together to mingle and try something new. “I love helping to foster arts in the community. I hope that people have a lot of fun and leave with something that they’re proud of.” She finds it exciting when people discover something, like a love of painting, or a new friend.

Dyana is connecting her community to dance by “expressing [herself], and sharing other people’s expression through movement.” She has spent several years developing her own dance style, called “rythmical contemporary”, in Victoria. It’s a blend of jazz, contemporary, hip hop, and animalistic movement.

She teaches dance classes year round, and will lead an accessible rythmical contemporary workshop during the Culture Days weekend to get people moving. Practicing activities that engage both the physical and mental spheres helps to bridge the body-mind connection. Dyana hopes that this experience will help people realize that there’s value in moving their bodies. “They’re reconnecting to maybe something they did when they were younger, or even something they always wanted to do.”

As the Artistic Director of the Broken Rhythms Victoria Society Dyana is committed to working with people and places that are underserved in dance and art, such as the musical theatre program she works with in Esquimalt. She believes that art and movement should be part of everyday life, and is committed to supporting dance across Vancouver Island.

Oli believes that art is already in most of the things that people do. “An artistic activity may not be what people usually associate with the idea of art.” He thinks of art as the creative process, the act of making, and says it is just as important in education as science or math. As an educator Oli pushes not just for STEM* in schools, but STEAM**.

During the Culture Days weekend he will provide materials like art supplies and electronics for people “simply to make and to be part of the creating process”. He hopes that rekindling the artistic flame in participants will help them bring creativity into other aspects of their lives.

Creativity has a positive effect on mental health and the development of identity. Oli finds sharing his story as a Queer artist to be therapeutic—it gives him a sense of pride about who he is. “I am hoping to reach a greater crowd of people who may have had similar feelings or stories, to tell stories that are about overcoming obstacles.”

Brock got hooked on Nintendo Flipnote, a beginner-friendly animation program, as a teen. He wants to bring that experience to his community in a real-world setting. His Culture Days event, Animation Station, will use paintings and drawings to create a digitally animated collage. “What’s really fun is that this is a very accessible event intended for all ages.”

He hopes that this will be a jumping-off point for people to find more artistic outlets in their daily lives. Taking up a new hobby can seem daunting for many people. “In an age of instant-everything online, it can be discouraging when something doesn’t click right away for younger folks, and then there’s people who think it’s too late to start.”

Brock leads art workshops and projects with local schools and community groups. He makes art publicly so people can see that although he has figured out some things, there are other things he’s still working on. “We all need an outlet. Art, even for five to ten minutes a day, can be a really good de-stressor.”

More in: BC Ambassador Series 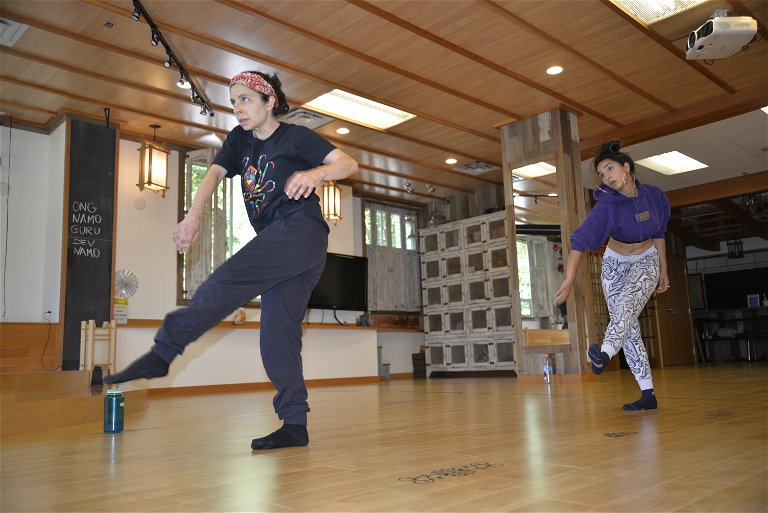 RECONNECTING Communities Through Creativity and Collaboration 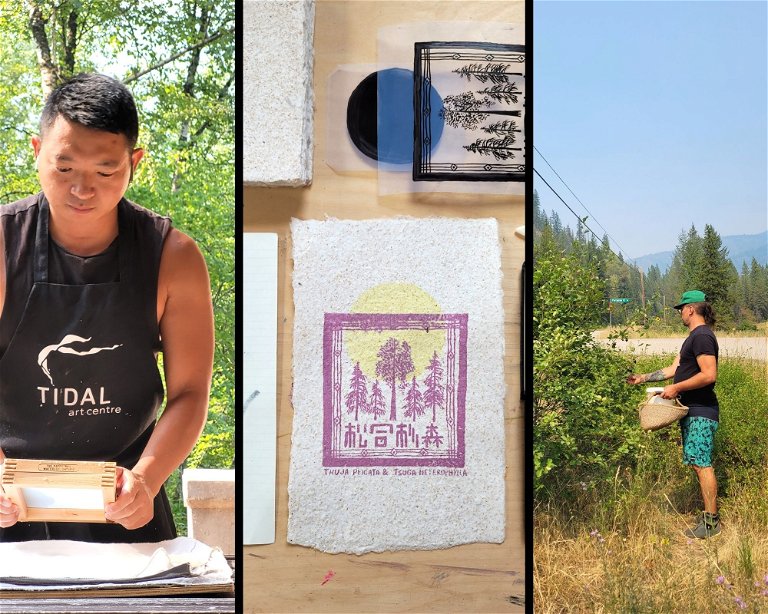 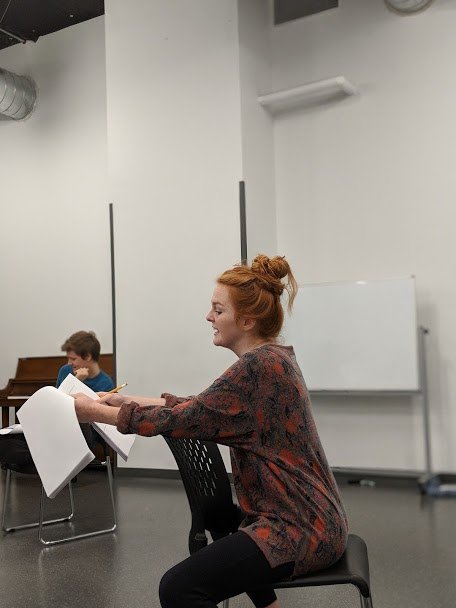 Step Into the Process (Part 5 of 5): Molly Beatrice 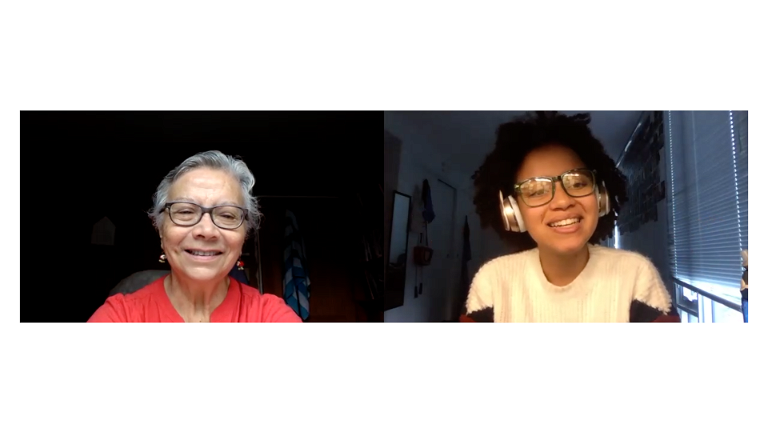 Step Into the Process (Part 4 of 5): Coral Santana 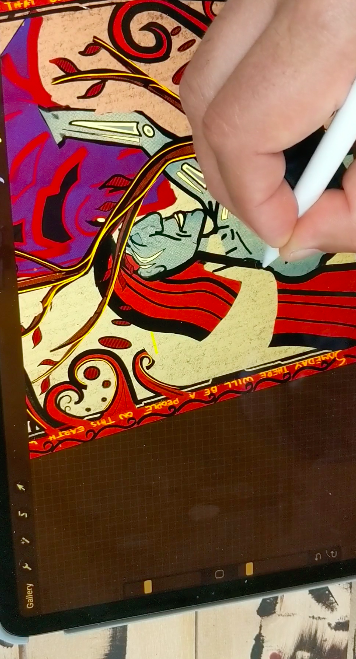 Step Into the Process (Part 3 of 5): Damian John 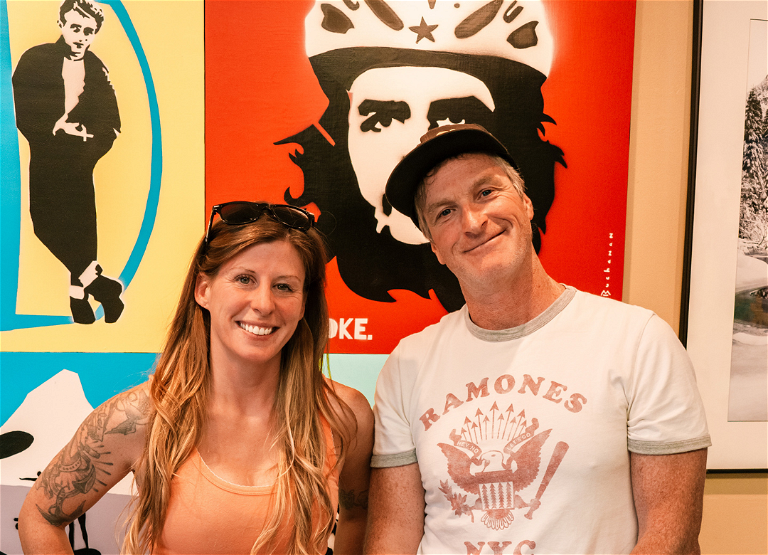