Join the most recent awardee of GRIFFIN’S Indigenous Studio Award, artist James Harry, for a talk about his most recent piece for National Day for Truth and Reconciliation in collaboration with SOS Children’s Village BC. The talk will follow a Q&A led by Indigenous curatorial assistant, Emmett Hanly. James Harry was born of Squamish Nation and Namgis descent in 1989. James began carving in early childhood with his father, Xwalacktun. He graduated with a Bachelor of Fine Arts Degree from Emily Carr University of Art and Design, in 2014 and completed an internship in the United Kingdom in 2011 where he learned metal casting and taught Coast Salish sculpture, painting and drawing in Scottish communities. Harry’s diverse portfolio includes cedar carvings, metal carvings, light installations and murals. Harry has created large-scale and prominent public art pieces across the Lower Mainland for over a decade, including: YVR Airport, metal totem - 2011 UBC, cedar/metal carving (permanent installation) - 2016 City of Richmond, storm drain design - 2018 Vancouver School Board, 44’ totem - 2019 Cineplex Cinemas, Park Royal “Xwemelch’stn” (2019) Blackcomb/Whistler Mountain Designs Washington Whatcom Community College (Permanent installation) - 2021

Griffin Art Projects (GRIFFIN) is a non-profit art residency and gallery located in North Vancouver devoted to supporting artists in the production of new work through its residency program, and in creating new research on contemporary Canadian and international art, artists and art collections from around the world in its exhibition program. GRIFFIN is a non-collecting institution that has quickly become a vibrant contributor to the North Vancouver cultural landscape and visual art practices in the region through its exhibitions, residency, and public programs. Griffin Art Projects' exhibitions and events are always free and open to all to attend. 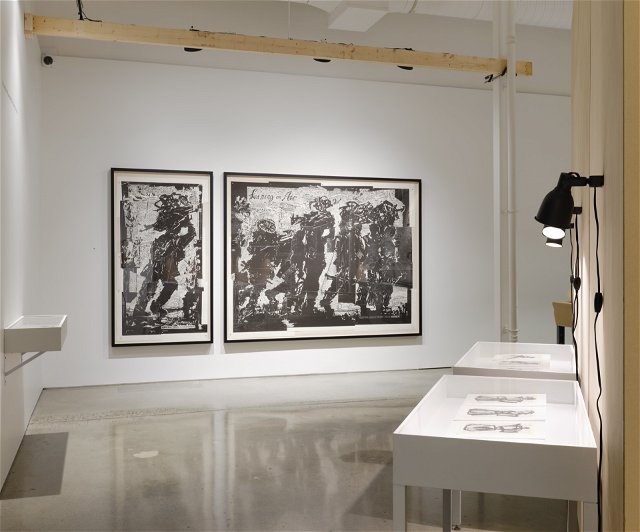 Griffin Art Projects (GRIFFIN) is a non-profit art residency and gallery located in North Vancouver devoted to supporting artists in the production of new work through its residency program, and in creating new research on contemporary Cana...